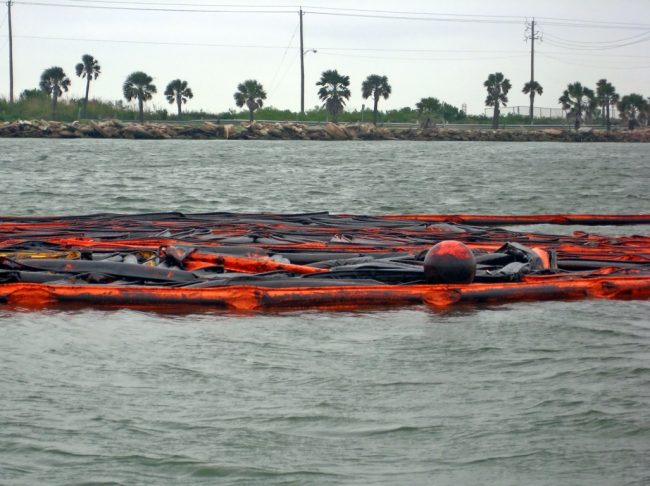 On March 22, a cargo ship collided with a barge carrying approximately 4,000 barrels of bunker fuel oil in Galveston Bay, Texas. An estimated 168,000 gallons spilled into the Houston Ship Channel, prompting officials to shut it down for cleanup. Within days scientists from two research consortia funded by the Gulf of Mexico Research Initiative (GoMRI) were on site alongside government and industry workers, collecting baseline information to assess impacts.