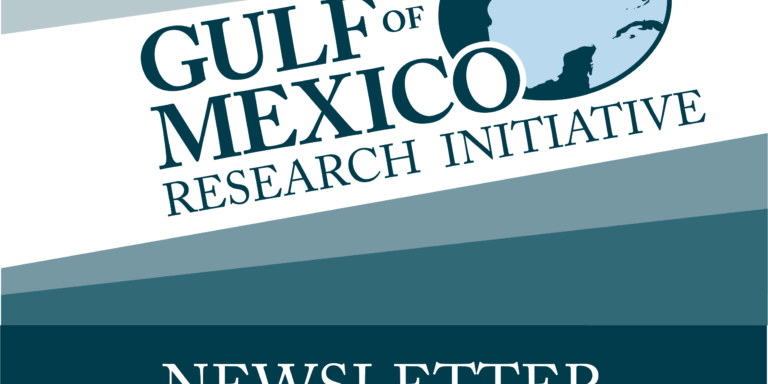 1. Can you tell me a bit about C-IMAGE? What are the goals and what knowledge gaps will the program fill?

C-IMAGE, or the Center for Modeling and Analysis of Gulf Ecosystems, is a broad-based consortium of 13 institutions dedicated to the proposition that understanding the impacts of the Deep Water Horizon oil spill and similar large scale environmental issues is essentially interdisciplinary and requires observations nested in theory. From its inception, and at the urging of Dr. Jackie Dixon, the Dean of University of South Florida’s College of Marine Science, the leadership of C-IMAGE has reached out to tap expertise wherever it resides globally. While there are many relatively narrow but worthwhile projects to be addressed in this domain, we seek to tackle some big, overarching issues. For example, was the use of deep dispersant injection “worth it” when looking at the array of processes atomizing the oil into small particles to be consumed by microbes? Second, can we differentiate among six competing hypotheses of why oil has become stranded on the bottom? And third, is there a relationship between exposure to Deepwater Horizon oil and an array of fish health effects observed in the Gulf? These and a number of other overarching questions are the basis for filling knowledge gaps, as opposed to just collecting data. It is the model-based demonstration of general principles that will make predicting impacts of the next spill possible because the specific circumstances are always different. Paraphrasing the late President John F. Kennedy, we seek to do these things not because they are easy but because they are hard.

2. What do you think the legacy of GoMRI should be?

This is perhaps the largest science mobilization around an ocean-related event in the history of the world. The research is extremely diverse and involves literally hundreds of PIs, post-docs, students, and technicians. The legacy of the GoMRI will be a much broader body of work on the Gulf ecosystem than existed before the event but with a better process-based understanding of how the ecosystem responded to these events. GoMRI will re-establish the baselines for a number of ecological and physical phenomena, which, hopefully, will be periodically re-evaluated from the legacy of a much more robust ocean and coastal observing system.

3. C-IMAGE is a very diverse project, which includes scientists with different backgrounds. How do you encourage collaboration and do you think that there are similar opportunities for collaboration in the wider GoMRI program?

Because of the rather far flung set of institutions involved in C-IMAGE (located in the United States, Canada, the Netherlands and Germany), it remains an ongoing challenge to encourage and enrich meaningful collaborations among our Principal Investigators (PIs) and institutions. That being said, the use of regular thematic conference calls and webinars, participation in joint oceanographic cruises, and regular exchange of personnel and samples has resulted in an effective model for collaboration. Our Deputy Director, Sherryl Gilbert, is in virtually constant contact with the various PIs and institutions to resolve their administrative issues and “wire-up” specific collaborations. As we complete our first year and enter the second year, we have gathered initial samples, set up laboratory apparatus, and developed working models for analyzing the complex set of issues involved in our GoMRI Research Theme two and Theme three work. We will use our “all hands” meeting in New Orleans to check on progress and most importantly to set up a second round of collaborative studies based on performance so far. I am encouraged that the outreach among C-IMAGE partners has also extended to researchers in other GoMRI-funded Centers and individual projects and to the federal and state partners, as well. I think that researchers naturally gravitate to collaborations that they see addressing the “big things” and that create energy and enthusiasm. By setting such a vision, we hope to leverage our projects into wider collaborations as well.

4. How does your background working for National Oceanic and Atmospheric Administration (NOAA) influence your work on C-IMAGE, especially in terms of communicating science to inform resource management?

Most of my career as a scientist was spent in NOAA, first as a researcher and for the last six years as a science administrator. At NOAA, I was able to work on programs that crossed the traditional line office domains (e.g., Weather Service, Ocean Service, Fisheries Service, and Office of Research, Satellite and Data Service) to encourage programs that seek to combine outstanding expertise in ways that lead to more fundamental understanding of ecosystem function under stress. For example, we were successful at NOAA in convincing Congress to fund a program aimed at developing integrated ecosystem assessments as a basis for cross-sectoral decision making. Communicating science information to the wide array of other scientists, user groups, legislators, and the public requires first that we tailor the rhetoric and findings in audience-appropriate ways that resonate with people’s interests. They must “see themselves” and their interests in what you are trying to communicate. Second, if we are to be successful, we need to respect alternative points of view, encourage the scientific method of a healthy skepticism, and remain open-minded about alternative explanations for the phenomena we are studying. The public expects this from scientists generating information that is so crucial in the public policy arena. Scientists must constantly be vigilant that they do not cross the line into advocacy, lest their objectivity be lost in the eyes of the public. C-IMAGE has a robust outreach and education program under the leadership of Teresa Greely and Liesl Hotaling, and these are the principles we will use on messaging about our research and findings.

5. Who do you see as the major stakeholders of GoMRI and what do you think are the most effective ways GoMRI can reach out to those stakeholders and how do you hope they view GoMRI results?

GoMRI has a very diverse set of stakeholders that will be informed by and use the outputs from the research it is conducting. First and foremost, we will be successful if the oil companies and their federal and state regulators use results from our studies in designing new, better, and safer procedures with which to explore and generate energy supplies. Likewise, we see much of GoMRI’s research as relevant to the issue of oil spill preparedness and “best practices” to be used in the advent of the next spill, globally. Third, we hope that the public views our results as neutral, authoritative, and essentially the “final word” on various subject areas. Last, we hope that legislators will use our results as they contemplate how not only the Gulf of Mexico, but all coastal areas of the United States, will be regulated and managed for the greatest net benefit of society. We need to develop various products from the research results we publish that resonate with these various target audiences.

6. How do you think GoMRI might change science in the Gulf?

The partnerships that GoMRI is creating through its funded centers and individual projects will endure. Even when GoMRI funding ceases, these partnerships, forged from a shared vision, will be an enduring legacy of the program. With respect to the underlying science, we will see more multidisciplinary work in the future, and, hopefully, federal and state agencies seeking to build on the extensive network of collaborating researchers through the partnerships encouraged by GoMRI.

7. If funding were not an issue, what you would add to C-IMAGE? And to GoMRI?

Despite the extensive set of projects currently funded, there remain a number of pressing gaps that need to be funded by someone. First, with respect to impacts on fish, no one, to my knowledge, has done controlled laboratory exposures to understand the sub-lethal impacts on adult fishes. Thus, we are looking for signals in the chemistry, physiology, and morphometry of these animals from wild-caught specimens, with little understanding of exactly what we are looking for. Calibrating effects to exposure scenarios must be an important project in the future.

Second, while the GoMRI and other funders have initiated a considerable and diverse research program in the northern Gulf of Mexico, the United States waters represent only about half of the totality of the Gulf. Comparative studies in Mexico and Cuba would shed considerable light on the context for many of the observations we are taking.

Third, the GoMRI was primarily established to conduct research and not to provide broad-based observations of physical, chemical, and ecological phenomena. However, it is these baseline observations that we require to understand the context of the spill. Someone needs to coordinate a larger Gulf of Mexico effort to gather these baselines, informed by the research that is ongoing.