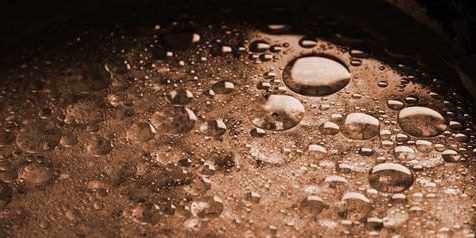 Often misunderstood by the public, dispersants are the single biggest weapon in the arsenal of those combating an oil spill. COREXIT 9500A, the dispersant used after the Deepwater Horizon oil spill helped scatter much of the oil, but the public expressed concern about possible harmful effects should it enter the food chain.

In the GoMRI-funded project “Development of Cost-Efficient and Concentration-Independent Dispersants for Improved Oil Spill Remediation,” Drs. Scott Grayson and Wayne Reed of Tulane University and Daniel Savin of the University of Southern Mississippi seek to design a new generation of dispersants that are more effective and cost efficient and with minimal side effects if ingested by marine or human life.

Dispersants work because of their chemistry. Basically, they are soap. Just like dishwashing liquid binds to grease on plates and pans so that it can be washed down the drain, dispersants act as an interface between oil and water. Because oil molecules are incompatible with water, they aggregate into balls or sheets at its surface. Constructed of molecules that are water soluble (polar) at one end and oil soluble (non-polar) at the other, dispersants act as an interface, enabling the large aggregates of oil to break up into smaller pieces. If enough dispersant is used, the coagulated oil breaks up and the oil molecules scatter individually throughout the body of water where they degrade more rapidly. However, for traditional dispersants to work effectively, very large amounts have to be employed directly on an oil ball or sheet. If not enough is used, the dispersant will be overwhelmed and wash away. When large bodies of water overwhelm dispersants, oil begins to reform in globules that can wreak havoc on the environment.

If you play tricks with chemistry and architecture, then you can actually make surfactants [dispersants] that do not break up. Even in very low concentrations they are still effective at encapsulating oil. What we have to do is basically take amphiphilic molecules and pin them together, lock them in place covalently with chemical bonds, so regardless of dilution they should still be effective.—Scott Grayson, Tulane University

In addition to increasing the overall effectiveness of dispersants regardless of concentration and thus vastly reducing the amount necessary to mitigate oil, the team’s other goal involves reducing fears of possible dispersant toxicity. Because of the sheer volume of COREXIT 9500A used in 2010—more than 1.8 million gallons according to government sources—many people wondered about potential negative effects of it entering the food chain and possibly later being ingested by humans.  Grayson and his partners will minimize the problem by constructing their product entirely of substances approved by the FDA for human consumption.  While prototypes of similar highly stable dispersants have been developed, they are not currently cost effective.  Grayson’s team would use materials such as silica and polythene glycol, common additives in food and medicine that can be obtained cheaply by the ton.

Why do they use COREXIT versus anything else?  It’s undeniably the best surfactant that the price is reasonable for.  Looking at this problem not from a laboratory scientist point of view, but from someone who is trying to get a real world solution, how can we bring the cost down to these better solutions to the point where they actually become reasonable solutions?—Scott Grayson, Tulane University

In order to achieve a more effective, cost efficient, and less toxic dispersant, Grayson, a polymer chemist, will create the prototypes of the dispersants in his lab. Reed, a polymer physicist, will test the prototypes. Specialized automated machinery will measure the stability of the molecules and relevant oil absorption under an array of temperatures and conditions—literally every second—to understand the advantages and potential disadvantages of using them in the event of a real spill. Savin, who is conversant in both developing and testing similar products, will assist both aspects of the study, looking at the size and stability of the particles to describe and characterize them for future use.

I think science is one of our most empowering tools. Living in New Orleans and the Gulf South—and I know I speak for Wayne Reed and Dan Savin—we’ve all felt the negative effects of the BP oil spill and of Hurricane Katrina. When struggling with these tremendous disasters, which have man-made components and natural components, I feel it’s honestly our responsibility to attempt to understand the problem and the potential solutions better, That’s my job. That’s why I do what I do.—Scott Grayson, Tulane University