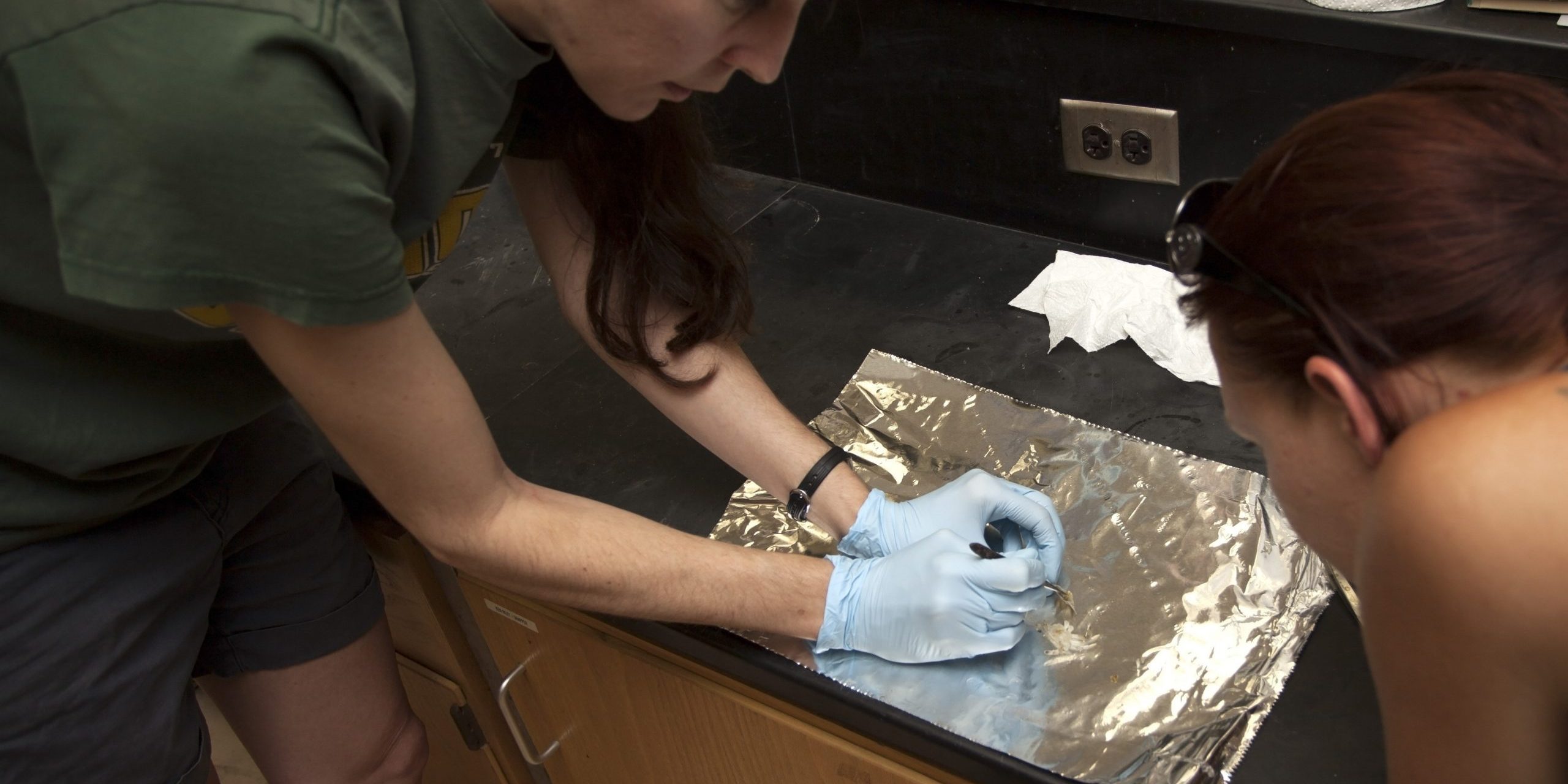 When Dr. Joe Neigel of the University of Louisiana Lafayette and Dr. Caz Taylor of Tulane University began examining data on the number of blue crabs in the northern Gulf of Mexico one year after the worst oil spill in history, they were expecting to see a reduction in the crab population.

Instead, the data actually showed a slight increase. In a recently-funded Gulf of Mexico Research Initiative study, “The Environmental Effects of an Oil Spill on Blue Crabs in the Gulf of Mexico and the Dynamics of Recovery: Integrating Oceanography and Molecular Ecology,” the two researchers will look at the various factors that contributed to this finding, some of which may have helped blue crabs overcome the harmful effects of the oil spill.

Neigel likens the process to detective work. The first “clue” they are considering was the fishery closures across the northern Gulf by state and federal agencies for months following the oil spill. Did the fact that crabs were not caught by recreational and commercial fishing compensate for any casualties due to oil exposure?

That’s the obvious explanation—closing fisheries would be expected to have a positive effect on crabs and many other species as well. This makes it really hard to say what effect the oil spill had because it’s mixed up with the effects of the fisheries closures. So we’re trying to look at more than just numbers, we’re trying to pull apart what oil may have done to the crabs from what closures of fisheries may have done and reconstruct what actually happened.—Joe Neigel, University of Louisiana at Lafayette

(Click to enlarge) Juvenile blue crabs from the Northern Gulf of Mexico are in the LUMCON laboratory prepared for oil treatment. After 24 hours of oil exposure, researchers will extract RNA from the gill and hepatopancreas for gene sequencing. (Photo credit: Joe Neigel)

The next possible factor lies in the life cycle of the species. Blue crabs live the majority of their lives near the shore. However, adult female crabs travel offshore—no one is really sure how far—to spawn. When the eggs hatch, the tiny crab larvae drift near the surface of the water, largely at the mercy of current and tide. Eventually, some larvae are carried into estuaries, sometimes many miles from where they were spawned. A possible scenario is that initially, many crab larvae in the oiled region died due to oil exposure and other larvae drifted in from less-affected parts of the Gulf to refresh and even increase population levels. To this end, Taylor is developing a model that links Gulf currents to the movement of crab populations during that time period.

We are trying to predict where offspring spawned at a given location will end up. This tells us the connectivity of the population. We have some maps of where the surface oil was and we hope to be able to predict whether and when larval crabs moved through oil and where those went. Caz Taylor, Tulane University

Finally, are the crabs themselves more resilient than previously considered? While it is possible that relatively few crabs were exposed to high levels of oil or dispersant, it is also possible that crabs developed some resistance to oil exposure, similar to insects becoming resistant to pesticides. The Gulf has small leaks and seeps, exposing crabs to oil on a regular basis. Neigel’s team will identify genes that respond to oil exposure and look for variants of these genes that could provide Gulf crabs with enhanced resistance to oil. Using new technology, they will sequence the RNA products of all of the genes that are active in both control and oil-exposed crabs and look for differences. This approach will tell them which genes activate following exposure to oil as well as identify variants that could potentially influence how crabs withstand oil exposure. Meanwhile, Taylor will expose crabs at various life stages to sublethal amounts of oil to gauge physical changes.

We already know that the products of some genes are involved in the detoxification of organic compounds like oil and we expect those to be some of the ones we see responding. So the first thing we are going to do is come up with a list of genes of interest and the second is to identify different variants of those genes in different individuals. Then we can do experiments to see if crabs with certain variants have enhanced resistance to oil. —Joe Neigel, University of Louisiana at Lafayette

Neigel and Taylor are working together to clarify what is known about how blue crabs respond to extreme events. Both the modeling of the potential larval migrations and the sequencing of genes will help scientists better understand crab response, and not just in the event of an oil spill. Blue crabs in the Gulf face challenges from climate change, loss of coastal habitat, and other natural and man-made factors. Often multiple elements—some positive, some negative—come into play at the same. The more researchers know about blue crabs and their place in the Gulf ecosystem, the more responders can help crabs in future ecological events.

The Gulf is important and it’s understudied. The oil spill wasn’t a single simple event—not only was it the biggest accidental release of oil into a marine environment, but also a massive application of dispersant, and they closed the fisheries for a considerable amount of time. All of this happened in an already highly dynamic and changing environment. As Joe says, it’s detective work to disentangle what caused what. We need to understand what happens in the ocean under multiple stressors. Caz Taylor, Tulane University