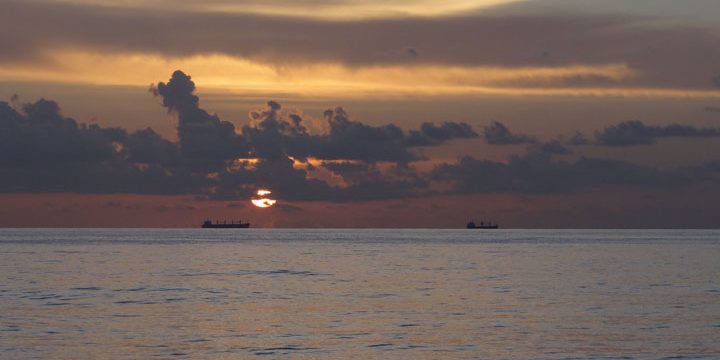 (From Spring 2015 Newsletter) It has been five years since the Deepwater Horizon explosion and oil spill, which began on April 20, 2010 and lasted for 87 days. The Gulf of Mexico Research Initiative was created in response to the disaster, to help researchers study the impacts of the oil on the ecosystem, learn new ways to mitigate oil in the environment, and understand how to be better prepared for a similar event in the future. Several media outlets highlighted the anniversary to discuss what has been learned and how the outcomes of the research can be applied.

The GoMRI website featured a three-part series, focused on how GoMRI research is contributing to oil spill response. The first article in the series discussed how research on oil transport helps to inform spill response. One of the most critical components to rapid response to oil spills is knowing where the oil is and what direction it is moving in, information that is being researched and tracked by GoMRI scientists. Communications between the scientists and emergency responders continues to improve, making response efforts quicker and more effective. The second article in the series highlighted the use of dispersant in mitigating oil impacts on the environment. The use of dispersant is still being studied to understand its impacts and when and where it can be used in oil spill response, if it should be used at all. The third article discussed oil biodegradation, monitoring, and its impacts on the ecosystem. In some cases, microbes or other organisms living in the ecosystem actively contribute to the degradation of oil particles. Other research focuses on commercial and recreational fish species that have been affected by oil and may impact human health. GoMRI research is contributing to a broader understanding of the Gulf of Mexico ecosystem as a whole and how it is responding and recovering to the Deepwater Horizon oil spill. In turn, this information is becoming vital to aiding scientists and emergency responders alike to be more prepared to respond to similar events in the future.

An anniversary article in Smithsonian Magazine more broadly emphasized important research findings about the ocean that might not have otherwise been learned without the GoMRI program. Scientists from GoMRI-funded consortium CARTHE have been instrumental in learning more about ocean currents that lie at depths too hard to see at the surface, but too shallow to see by satellite. Their drifters are providing unprecedented information on currents all over the world, information that is vital to oil spill response. While studying the impacts of the oil on the ecosystem in the Gulf, GoMRI researchers have also discovered many new species not previously identified (for more information on this research, check out our Seven Questions Interview with Dr. Stephen Landers on page 5, and a recent publication by Dr. Landers and Dr. Sorenson

new species, GoMRI scientists have been able to study the unique communities and organisms that live around natural oil seeps, feeding on the microbes that digest the oil (to learn more about this research, check out Caroline Johansen’s research in GoMRI Scholars on page 4). And finally, GoMRI research has provided the opportunity to learn more about the bluntnose sixgill shark and the invasion of the lionfish. Smithsonian’s article provides an excellent reminder that research can often be surprising and lead to unplanned but important discoveries.

Several other news outlets also posted stories acknowledging the anniversary. Many of them can be found highlighted on the GoMRI website. Several of the GoMRI consortia also posted news articles or press releases, or hosted press conferences acknowledging the fifth anniversary and highlighting GoMRI science. C-IMAGE posted an article emphasizing what we know now and where they are going next. They also held a press conference; the article and a recording of the press conference can be found on their website. The ECOGIG consortium posted a series of articles on their website, featuring interviews from ECOGIG researchers and their perspectives on what has been learned since the spill five years ago.

The GoMRI community continues to learn and investigate the effects of the Deepwater Horizon accident; now five years later there is time for reflection on what has been learned, what still needs to be better understood, and how these findings can be utilized in response to future oil spills, should they occur.