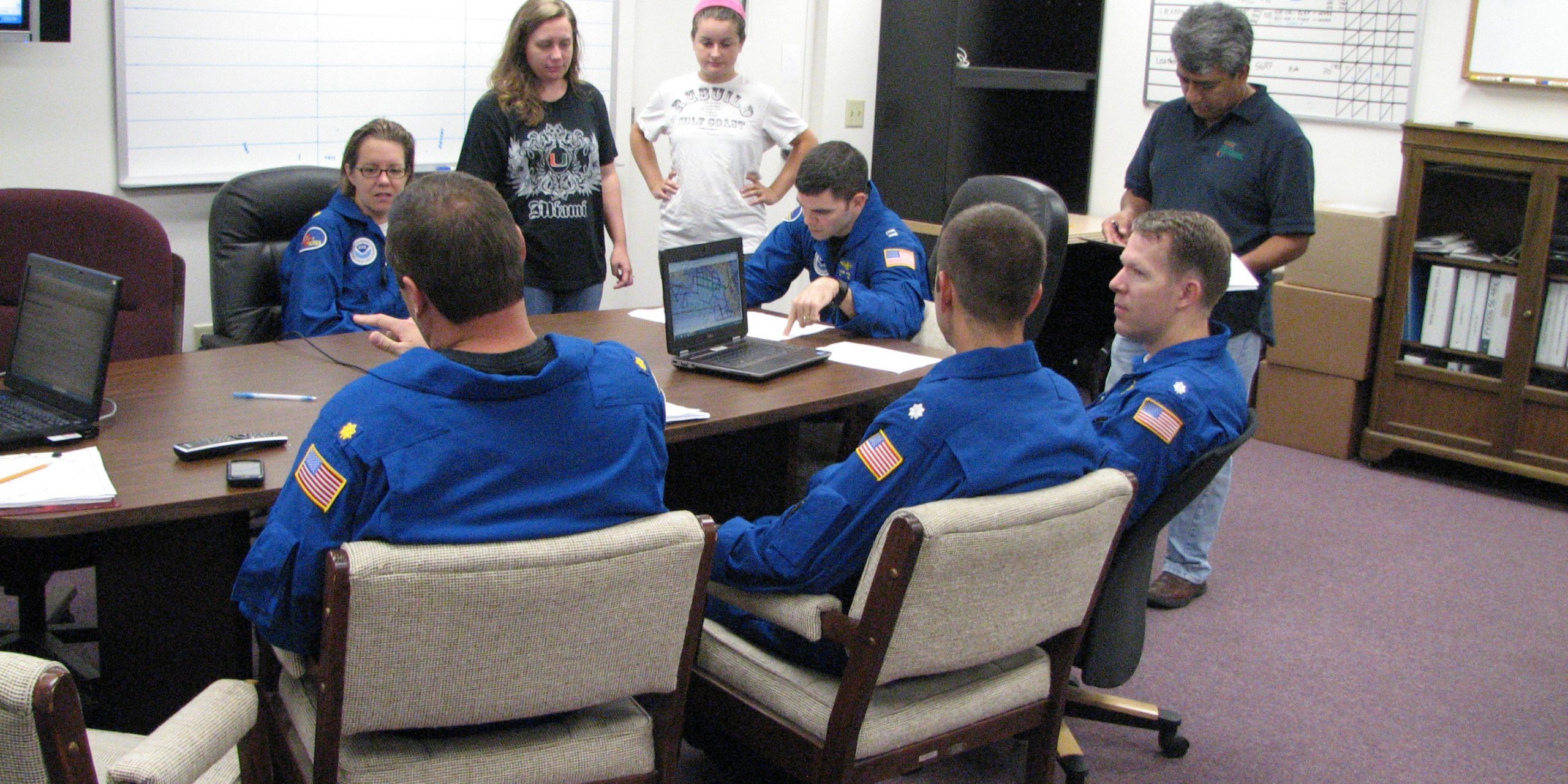 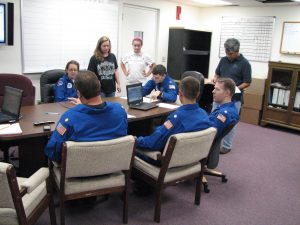 Hurricane Isaac churned up more than just winds and waters as it crossed the Gulf of Mexico, and researchers took quick action to study its effect on ocean upwelling and movement of weathered oil – potentially from the Deepwater Horizon incident.

Their goal: to drop profilers into the storm at optimum locations to collect measurements of ocean heat content, salinity and currents during the hurricane.

“We wanted to collect data from the DeSoto Canyon area where the Deepwater Horizon incident occurred, so we could capture the upwelling as it was occurring,” said Shay, an expert on the Loop Current and weather in this region. “We used operational products that we developed for NOAA’s National Environmental Satellite Data and Information Service (NESDIS) to study the warm and cold core eddy ahead of the storm to establish drop points and deploy three different types of devices that penetrate to depths of 4,500 feet.”

Prior to Hurricane Isaac, the team flew over the area and deployed 54 devices to collect baseline oceanic and atmospheric data over the shelf and shelf break. After the storm, the team worked with the flight crew at NOAA’s Aircraft Operation Center located at MacDill Air Force Base to deploy another 67 probes and obtain a post-hurricane snapshot of the area tying the response from several research flights conducted by NOAA’s HRD.

The information from each of the flights is being analyzed by scientists, and the resulting data will provide input for research models being developed for Deep-C and for operational models at forecasting centers.

“From previous hurricanes like Ivan and Frederic, we knew this area was prone to upwelling and deep sea responses to the atmospheric events.  These areas have strong surface wind and wave activity which may lead to tar balls washing ashore – which may have the same chemical fingerprint as the oil spill. We are interested in this possibility and the long term impacts it might have on the coastal ecosystem,” said Shay.”

Hurricane Isaac presents a unique opportunity to investigate that possibility. Since the Deepwater Horizon incident, Deep-C scientists and their research teams have made repeated visits to sites along the Gulf Coast that were affected by the oil spill. A team scoured the beaches as recently as one week before Hurricane Isaac, looking for samples of oil that have mixed with sand to create what are referred to as “sand patties.” Immediately following the storm, Deep-C teams led by Dr. Chris Reddy of the Woods Hole Oceanographic Institution (WHOI) and Dr. Wade Jeffrey of the University of West Florida, returned to the beaches and collected additional samples.

“Our intent,” Reddy said, “is to determine if these post-storm samples contain oil from the Deepwater Horizon spill and, if so, if they are in fact a result of the upwelling and deep sea responses to the recent hurricane.

We are doing a careful and prudent analysis of the samples found to determine if they are Deepwater Horizon oil from the deep sea.”

One way that the fate of the oil can be determined is to study an effect called weathering: how oil that is discharged into the environment changes over time.

Weathering affects the properties of spilled oil and, according to Reddy, oil from the deep bottom is likely to have weathered differently than samples on the shore prior to the storm that were simply unearthed or exposed by the winds and rain of Hurricane Isaac.

The Deep-C consortium is a long-term, interdisciplinary study investigating the environmental consequences of petroleum hydrocarbon release in the deep Gulf of Mexico on living marine resources and ecosystem health.

The consortium focuses on the geomorphologic, hydrologic, and biogeochemical settings that influence the distribution and fate of the oil and dispersants released during the Deepwater Horizon accident, and is using the resulting data for model studies that support improved responses to possible future incidents.

This research is made possible by a grant from The Gulf of Mexico Research Initiative (GoMRI).  The GoMRI is a 10-year, $500 million independent research program established by an agreement between BP and the Gulf of Mexico Alliance (GOMA) to study the effects of the Deepwater Horizon incident and the potential associated impact of this and similar incidents on the environment and public health.