The goal of GoMRI is to improve society’s ability to understand, respond to, and mitigate the impacts of petroleum pollution and related stressors of the marine and coastal ecosystems.—GoMRI Mission Statement

They employ cutting-edge technology to collect and analyze data using rigorous scientific parameters and publish their findings. But there are other ways these researchers define success, like working with students. When young students seek answers to scientific questions and contact them, these scientists experience a special type of accomplishment and fulfillment. Two GoMRI-funded researchers shared their experiences working closely with middle and high school students who initiated contact with them for help on science fair projects.

Dr. Tamay Özgökmen, director of the Consortium for Advanced Research on Transport of Hydrocarbon in the Environment (CARTHE) at the University of Miami, said it was with “great pleasure” that he first replied to an unsolicited email with questions from Brian Telfer of Boston, MA, on behalf of his 12 year old son about the drifter buoys that Özgökmen uses in research. He quickly replied to the father, “Your email is quite important for us, because inspiring the younger generation is one of our ultimate objectives (I just did not expect it so fast!).” To further show his excitement, Özgökmen posted the correspondence on the CARTHE Facebook page, adding, “This is what we consider total success!”

Brian has two children interested in science. His older daughter Claire, 15, initially found information on the CARTHE drifters on the internet while working on her own school project to design an autonomous boat to cross the Atlantic. She shared the information with her brother Kevin who, according to his father, was not very “into” science projects in the past, but did like to build things. Kevin made buoys before using a design from a University of Texas project he found on the internet, but really liked the fins and GPS included on the CARTHE buoys. Kevin thought he might be able to add fins and the GPS in such a way that he could follow his buoy down a river in real-time, watching on his computer. And thus his science fair project was born.

After Özgökmen explained how he worked with Globalstar to modify the GPS, Kevin and his science partner Harrison Reiter completed their buoy design for the project. Marked with a handwritten note that said, “Please do not disturb! Kids’ science project,” they launched the buoy into Fairhaven Bay and the Sudbury River, let it drift overnight, and picked it up in the morning. Using the GPS attached to their design, they tracked the path the buoy took through the night time hours. The two used this information to model the currents on their computer in a similar manner that CARTHE is using to model the currents in the Gulf of Mexico. In their science fair project presentation, the boys acknowledged Dr. Özgökmen, saying his eagerness to help encouraged them to try the daring project. Kevin’s father noted that “CARTHE was one of their main inspirations…Kevin has never had interest in a science project from anyone outside our town before, and I know it made a big impression on him.” Kevin plans to take his project to the next level, adding instrumentation and testing it in the ocean. Additionally, Kevin’s sister Claire plans to include the same GPS that CARTHE used in her project. 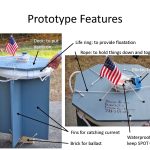 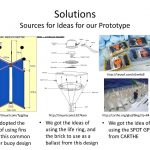 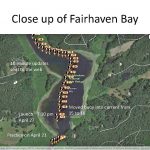 (Click to enlarge) Tracking the drifter as it moves through Fairhaven Bay. (Provided by Brian Telfer)

Another teen, Elizabeth Smithwick, a tenth grader in Jacksonville, FL, had her own ambitious plans in place for a science fair project when she contacted Dr. Joel Kostka at the Georgia Institute of Technology (GaTech) for assistance. Kostka is co-Principal Investigator and a steering committee member in the Deepsea to Coast Connectivity in the Eastern Gulf of Mexico (DEEP-C) consortium led by Eric Chassignet at Florida State University. Elizabeth’s interest was in exploring the microbes in the St. John’s River that degrade oil, and she sought assistance from Kostka whose work has been instrumental in discovering more about the oil-consuming microbes in the Gulf of Mexico.

Elizabeth explains, “I had been working for a while in a hospital microbiology lab, but I wanted to investigate how bacteria degrade or remove oil naturally from the environment. And since the hospital dealt with clinical bacteria, they suggested I discuss my project with someone who specialized in environmental microbiology.” She found and read a study by Kostka on hydrocarbon-degrading bacteria in beach sands that prompted her to contact him. Kostka said that “her project was certainly in line with the work we are doing” and invited Elizabeth to his lab at GaTech. That visit turned into a mentorship.

Elizabeth worked closely with her contacts at Kostka’s lab, making use of resources of the Deep-C consortium, as she tested and examined oil degradation in the St. John’s River.  The Kostka lab developed a high throughput gene sequencing pipeline that identifies oil-degrading bacteria in hundreds of water and sediment samples from the Gulf.  Ph.D. student Will Overholt and undergraduate student Kala Marks who work in the Kostka lab assisted Elizabeth to identify and isolate bacteria using genetic methods. After working at the Kostka lab, Elizabeth felt ready to embark on her study, confident that she could isolate new strains of bacteria. After returning home, Elizabeth worked with the St. John’s River Keeper to identify areas that might have been exposed to oil and then analyzed sediment samples, successfully isolating microbes that were degrading hydrocarbons.

“She really persevered!” Kostka recalls. “She asked a lot of questions and kept coming back to us to learn more. Elizabeth demonstrated that self-motivation and commitment are as important to the research process as brute knowledge.”

Elizabeth’s hard work paid off. Her project placed first in the regional science fair and third in the Florida state competition. In addition, she placed third in Environmental Sciences at the Science and Engineering Fair of Florida and won the regional U.S. Stockholm Water prize, a contest exclusively for water-related projects. The Florida Institute of Technology awarded her a four-year $54,000 scholarship based on the success of her study. Her message to other young students is to pursue their interests, saying, “I would tell them, if they see an article that appears interesting to them, try to contact the author. The worst they could do is say ‘no’ and often times they are very willing to help.” She adds, “I have always been interested in becoming a researcher, and my visit to the Kostka Lab only reinforced that. If I do become a researcher, I hope that I can help students pursue research like they helped me.” 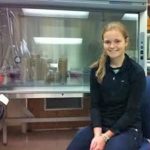 (Click to enlarge) High school sophomore Elizabeth Smithwick during a visit to the Kostka Lab at Georgia Tech is seated in front of a biohood used for the preparation of culture media. (Photo credit: Joel Kostka) 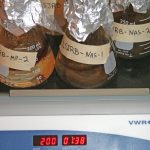 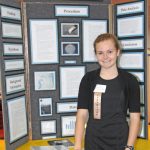 CARTHE comprises 26 principal investigators from 12 universities and research institutions distributed across four Gulf of Mexico states and four other states.  Their primary goal is to accurately predict the fate of hydrocarbons released into the environment. Visit the CARTHE website.

The Deep-C consortium consists of 10 research institutions including two international organizations. Deep-C conducts long-term, interdisciplinary studies of deep-sea-to-coast connectivity in the northeastern Gulf of Mexico to understand the environmental consequences of petroleum hydrocarbon release in the deep Gulf on living marine resources and ecosystem health. Visit the Deep-C website.

The Gulf of Mexico Research Initiative (GoMRI) is a 10-year, $500 million independent research program established by an agreement between BP and the Gulf of Mexico Alliance to study the effects of the Deepwater Horizon incident and the potential associated impact of this and similar incidents on the environment and public health.