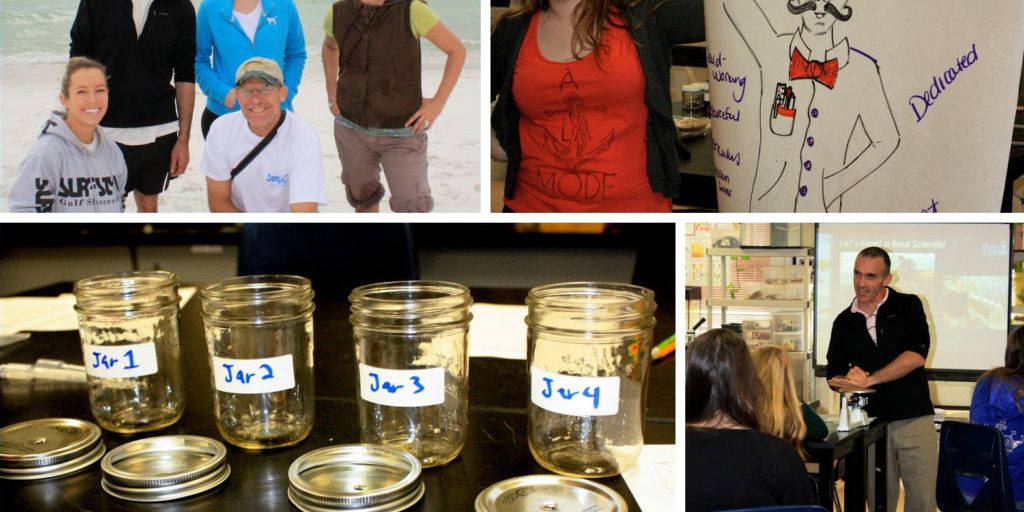 (From Fall 2015 Newsletter) GoMRI is helping to inspire members of the general public to become citizen scientists. These are just a few stories of people who are interested in oil spill science and have developed their own projects, or volunteered to help with projects, that are helping to expand the research GoMRI is doing to better understand oil spills.

In the Pacific Northwest, seven-year-old Alek was concerned about what would happen to the endangered Southern Resident Killer Whales in the event of an oil spill in the region. To better understand if an oil spill would have an impact on the whales’ habitat, he developed a large-scale drift card project. With guidance from his science advisory committee, that included GoMRI scientists Tamay Özgökmen and Piers Chapman, Alek developed and launched 400 drift cards in September 2014. An impressive 181 drift cards were sent back to him, picked up by people who came across them on beaches all the way to Alaska! Alek compiled his data and published a report and two videos detailing the outcomes of his research. You can find links to his videos and other information on the GoMRI website here.

In Singapore, a group of fourth graders were learning about ocean science and pollution. In their research, they discovered Bob the Drifter from CARTHE and decided they wanted to build their very own Proto-Bob. With help from Laura Bracken, CARTHE’s Outreach Manager, who Skyped with the students and helped answer their questions, the students developed and tested their drifter. You can see their videos here. They also shared their work and findings with the rest of the students at their school.

In 2013, Deep-C launched their Gulf Oil Observers (GOO) project, to help train high school students to be citizen scientists. The project brought in students from the community to learn about oil spill science and lab techniques, encouraging them to participate in field studies when they visited local beaches. The Project GOO blog can be found here.

It is exciting to see GoMRI science inspiring the community to be interested in ocean and oil spill science and engaging them in ways such that they can help advance the science. To highlight these and other new and exciting ways the community is participating in citizen science activities, GoMRI’s Education Website has recently added a citizen science tab, where stories related to citizen science will be collated.