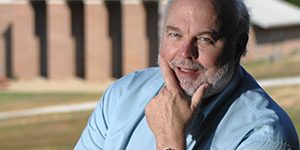 It is with deep sadness that we share the news that Dr. Raymond Carl Highsmith passed away on Wednesday, July 10, at his home in Oxford, Mississippi.

Dr. Highsmith was the founder and Director for the Ecosystems Impact of Oil and Gas Inputs to the Gulf (ECOGIG) consortium for the Gulf of Mexico Research Initiative. He also was the Executive Director of the National Institute for Undersea Science and Technology (NIUST) – a partnership between the University of Mississippi, the University of Southern Mississippi, and NOAA’s Undersea Research Program.

“We are deeply saddened by the loss of Dr. Ray Highsmith,” said Dr. Rita Colwell, Research Board Chair of the Gulf of Mexico Research Initiative. “Ray was a leader in the field of undersea research.  The geographical reach of his work ranged from the Pacific to the Atlantic and from Prince William Sound to the Gulf of Mexico. His excellent scientific contributions and experienced leadership also included the formation of successful science teams, the most recent being the ECOGIG consortium.”

Highsmith dedicated his career as a marine scientist to the study of seabed oil and gas hydrates. He focused over two decades on researching oil spills, most recently in the Gulf of Mexico and previously in Alaska. His lengthy record of publication and service made him a leader in the marine sciences research community.

In 2010, following the Deepwater Horizon oil spill, Highsmith repurposed a research cruise in the Gulf of Mexico to study the incident, a decision that would make his team the first academic cruise to work at the site. In a recent interview, Dr. Highsmith described this decision as life changing for him and credited the dedication and quality work of his research team as a major reason behind founding and leading the ECOGIG consortium. When asked what he wanted the public to know about his consortium’s oil spill research, Highsmith said that “as scientists we are honest brokers of information looking for the truth.”

Dr. Alice Clark, Vice Chancellor for Research and Sponsored Programs at the University of Mississippi said, “Throughout his career, Ray mentored many scientists and helped to shape the scientific research agenda in marine sciences for decades.  He is being remembered by his colleagues for his intelligence, his determination, his thoughtfulness and as a person whose contributions invigorated research programs and enhanced institutions.”

Memorial contributions may be made to the American Cancer Society, 1800 West Main Street, Tupelo, MS 38801. For additional information, read the University of Mississippi press release and newspaper obituary.

The GoMRI is a 10-year, $500 million independent research program established by an agreement between BP and the Gulf of Mexico Alliance to study the effects of the Deepwater Horizon incident and the potential associated impact of this and similar incidents on the environment and public health.