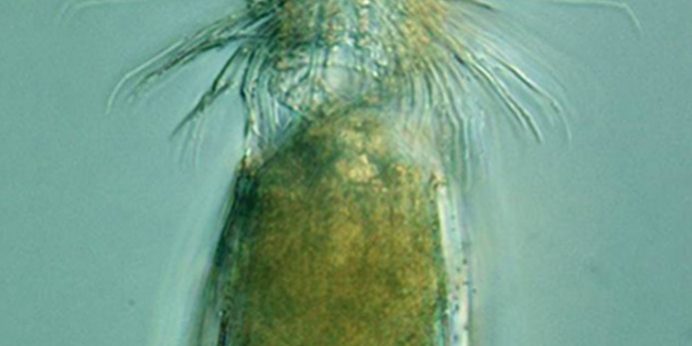 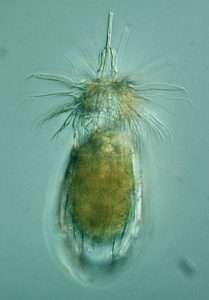 Know what meiofauna is? Most people have to look it up. Stephen Landers, professor in the Biological and Environmental Sciences department at Troy University, focuses the majority of his research on the tiny invertebrates that populate the ocean floor, joking,

Meiofauna seem to fall through the cracks, don’t they?  It is common to read about research on microbial diversity and larger animals, but the roundworms and the others that crawl around between the sand grains are often not studied. Yet they are a link in the food web that the larger animals rely upon, and may reveal themselves to us as sensitive indicators of disturbance. – Dr. Stephen Landers

Shortly after the Deepwater Horizon Oil Spill (DHOS) in 2010, Landers received a GoMRI rapid response grant (Recovery: Benthic Meiofauna Survey) to determine the effect the oil was having on the meiofaunal population of the northern Gulf of Mexico (GOM). Since Landers already had comparative data going back to 2007, he was immediately able to assess impact. In 2011, he presented findings regarding the meiofaunal response to the DHOS at the 2nd World Conference on Marine Biodiversity in Aberdeen, Scotland.

The Gulf of Mexico Research Alliance has just awarded Landers a second Investigator Grant, Analysis of Continental Shelf Meiofauna in the Northern Gulf of Mexico: Effects of the Deepwater Horizon Oil Spill Investigated during a Long Term Community Study (2007 -Present), to both extend and refine his work. Landers and his team, Dr. Kewei Yu at Troy University and Dr. Martin Sørensen at the Natural History Museum of Denmark, will narrow their geographical focus to the continental slope and shelf of the GOM from the Texas-Louisiana border to Apalachicola, Fla. The team plans to identify roundworms, copepods, kinorhynchs (mud dragons) and priapulids to the species level, assessing changes in the taxonomic mix not revealed by population studies. Additionally, PAH, metals, and granulometry analysis will be undertaken to determine if the meiofauna have responded in any way to oil in the environment and whether that response is at all predictable.

Dr. Landers and his students will be collecting the sediment samples as well as isolating and sorting the animals within. He will then distribute the samples to his team members. Dr. Yu, an environmental chemist who specializes in marine and wetlands ecosystems, will test the samples for PAH and Corexit levels. Dr. Sørensen, the world expert on kinorhynchs, will focus on species identification.

The team will look closely at whether certain species become dominant or rare in disturbed areas. If the numbers of a particular species increased or diminished after the DHOS, this information can be used when assessing future pollution events of a similar nature. In addition to learning about oil and dispersants’ impacts, the study could also reveal previously unknown details about the GOM’s meiofaunal populations:

I would not be surprised if this work resulted in new species records for the Gulf or even new species descriptions. – Dr. Stephen Landers

This research is made possible by a grant from The Gulf of Mexico Research Initiative (GoMRI).  The GoMRI is a 10-year, $500 million independent research program established by an agreement between BP and the Gulf of Mexico Alliance (GOMA) to study the effects of the Deepwater Horizon incident and the potential associated impact of this and similar incidents on the environment and public health.