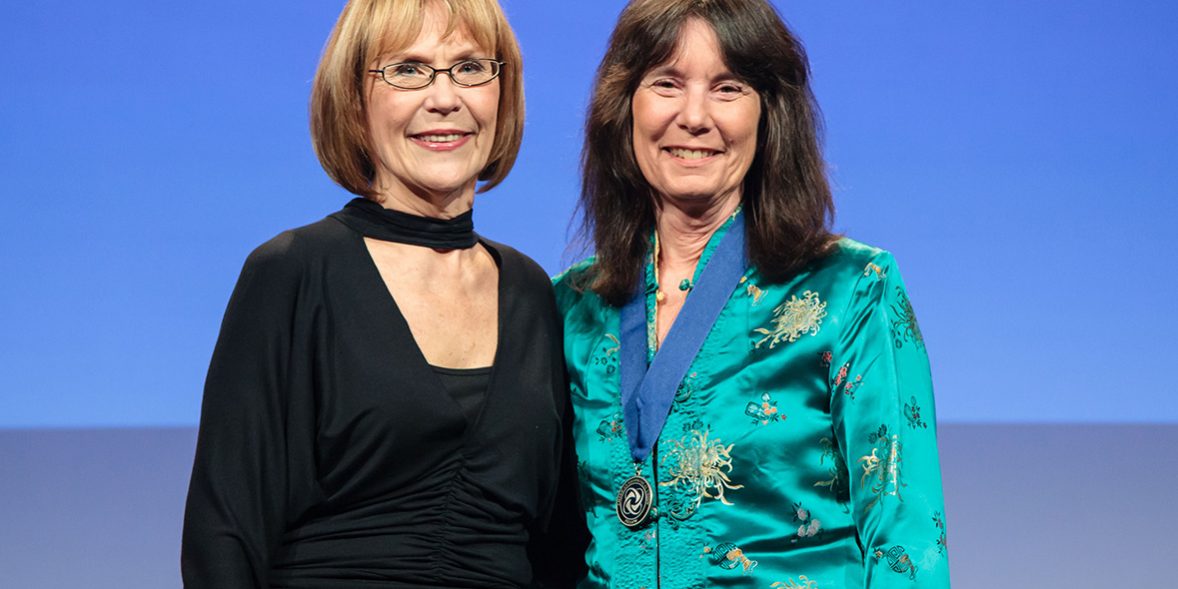 The Gulf of Mexico Research Initiative (GoMRI) community wishes to congratulate one of its own, Dr. Nancy Rabalais, on her selection as an American Geophysical Union (AGU) Fellow.

The Fellows program recognizes AGU members who have made exceptional contributions to Earth and space sciences as valued by their peers and vetted by section and focus group committees. The AGU Fellow designation is conferred upon not more than 0.1% of all AGU members in any given year, and all elected Fellows must receive a majority of the committee’s votes.

Rabalais is the Executive Director of and professor at the Louisiana Universities Marine Consortium (LUMCON), leading their annual survey of the Gulf’s dead zone. She also is the Director of the GoMRI-funded Coastal Waters Consortium (CWC), addressing ecosystem recovery from petroleum and dispersant systems and their subsequent interaction with coastal, open-ocean, and deep-water ecosystems and their effects on the sea floor, water column, coastal waters, beach sediments, wetlands, marshes, and organisms.

The newly-inaugurated AGU President, Margaret Leinen who is also the Vice Chair of The GoMRI Research Board and Director of Scripps Institution of Oceanography said, “Nancy has made exceptional scientific contributions in the areas of hypoxia and associated runoff nutrient management, general marsh ecology and most recently the impact of oil spills on coastal marshes of Louisiana.”

Reflecting upon the AGU honor, Rabalais acknowledged the meaningfulness of having “colleagues who nominated me and supported my nomination.” Being greeted by Margaret Leinen on stage at the AGU ceremony was a highlight for Rabalais as she described, “Having a hug with Margaret brought many of our crossed paths together at one time.”

Rabalais is a nationally-recognized and established leading expert on the Gulf of Mexico’s Hypoxic or “Dead” Zone. She testifies at congressional hearings to keep the environmental effects of the dead zone in front of policy makers and develops large-scale restoration plans for Gulf Coast waters.

Rabalais’ many honors and awards includes the 2012 MacArthur Foundation Fellowship or “Genius Award;” the 2012 Peter Benchley Ocean Award for Excellence in Science; the 2008 Ruth Patrick Award from the American Society of Limnology and Oceanography and the National Water Resources Institute Clarke Prize for work on defining hypoxia and its environmental significance;  the 2002 Bostwick H. Ketchum Award for coastal research from the Woods Hole Oceanographic Institution; Heinz Award; and American Geophysical Union Rachel Carson Lecture.

She serves or has served on numerous boards and panels including the Ocean Studies Board and Water Science Technology Board of the National Research Council; Scientific Committee on Oceanic Research Working Group on Natural and Human-Induced Hypoxia and Consequences for Coastal Areas; Björn Carlson Foundation for the Baltic Sea 2020; the University-Naval Oceanographic Laboratory System; the Consortium for Ocean Leadership; the Gulf of Mexico Coastal Ocean Observing System Regional Association; National Sea Grant Advisory Board, and the National Science Foundation Advisory Committee to the Environmental Research and Education Directorate.

The Gulf of Mexico Research Initiative (GoMRI) is a 10-year independent research program established to study the effect, and the potential associated impact, of hydrocarbon releases on the environment and public health, as well as to develop improved spill mitigation, oil detection, characterization and remediation technologies.  An independent and academic 20-member Research Board makes the funding and research direction decisions to ensure the intellectual quality, effectiveness and academic independence of the GoMRI research.  All research data, findings and publications will be made publicly available.  The program was established through a $500 million financial commitment from BP.  For more information, visit https://gulfresearchinitiative.org/.