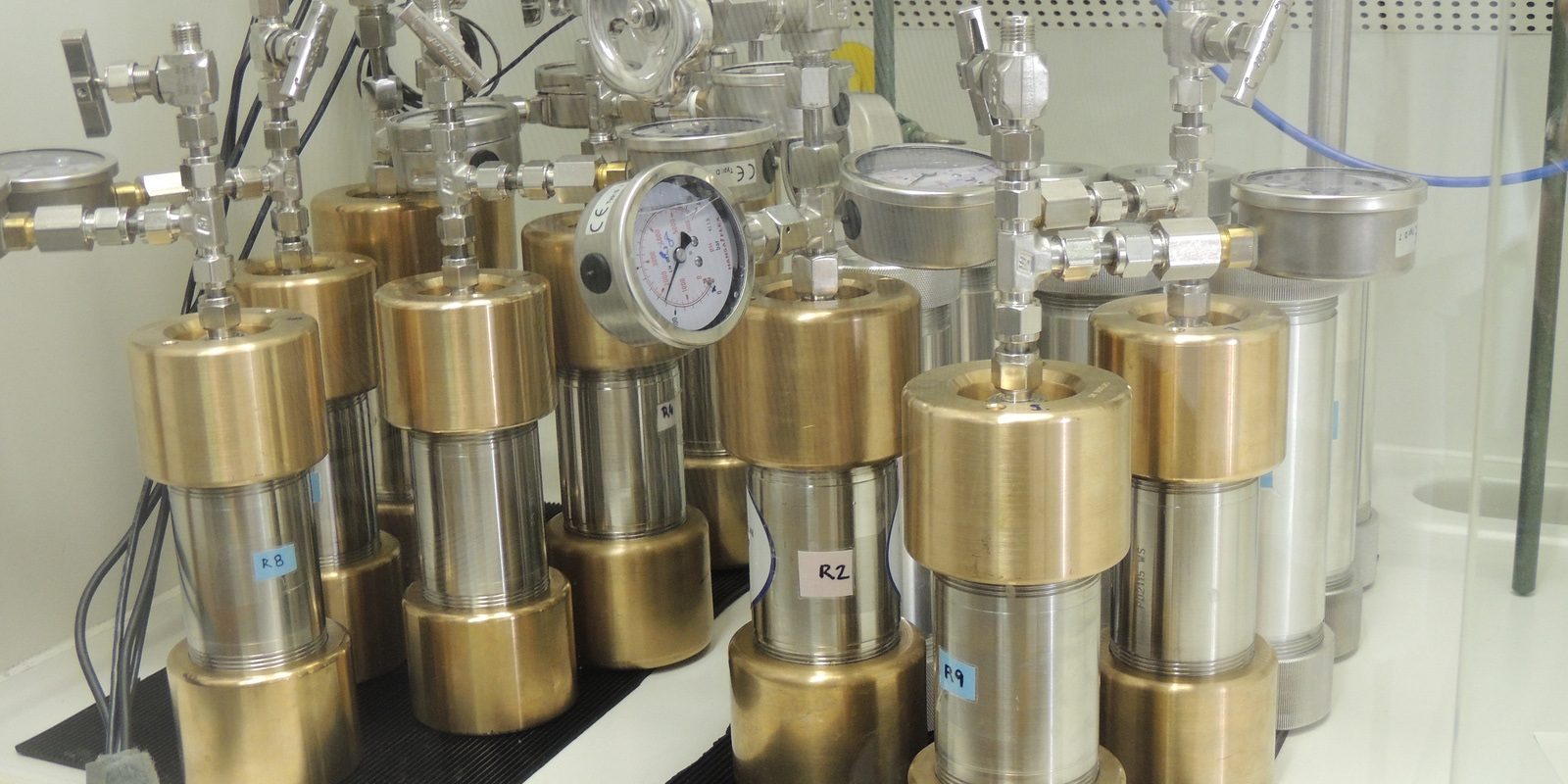 Scientists half a world away from the Deepwater Horizon site are getting the first close glimpse of how oil likely behaved deep underwater during the spill thanks to a partnership between researchers at the Technical University of Hamburg at Harburg (TUHH), the University of West Florida and the University of South Florida (USF).

These universities are members of the Center for Integrated Modeling and Analysis of Gulf Ecosystems (C-IMAGE), a consortium funded by the Gulf of Mexico Research Initiative (GoMRI) with researchers from 13 institutions in four countries. C-IMAGE is committed to advancing understanding of effects from the spill on the Gulf’s ecosystems.

The depth at which the oil spill occurred made it virtually impossible for scientists to assess what was happening to the oil in real time, particularly since the pressing need was for responders to cap the wellhead. The TUHH scientists are using specialized equipment in their lab to recreate conditions deep in the Gulf and conduct a series of experiments to understand the influence of the intense high pressure at the ocean’s floor on both the mechanics of oil movement and natural degradation at that depth. USF and UWF scientists provided samples of Gulf sediment for these experiments.

The Loop, a podcast series produced by David Levin and Ari Daniel Shapiro of Mind Open Media, highlights ongoing C-IMAGE research. Two recent episodes feature the efforts of German scientists to assist their American counterparts in getting to the literal bottom of the mysterious high pressure world in the deep sea. Both Florida Public Radio’s Florida Matters and Public Radio International’s Living on Earth have featured these and other broadcasts, bringing this science to a wide audience.

“The Pressure is On”

This podcast follows USF’s Steve Murawski, a fisheries ecologist, and director of C-IMAGE, and TUHH geochemist Michael Schlüter as they study why some of the oil in 2010 formed underwater clouds and plumes rather than rising to the surface and forming slicks as expected. To follow the oil’s movement starting as tiny droplets spraying from the simulated wellhead, German scientists have assembled a model of the blowout inside a metal chamber that can create more than 2,000 pounds per square inch of water pressure, the amount at the depth the blowout occurred. The information gleaned here will go towards developing a computer model of the “big picture” of the physics of oil locomotion at extreme depths.

Creating that much pressure inside a metal tube could be dangerous if not handled by highly-trained professionals with the right equipment. The TUHH scientists with C-IMAGE are prepared for this challenging research that will provide a better understanding of the mechanics of oil movement and improve response to future events.

Scientists Steve Murawski and David Hollander flank Ph.D. student Karen Malone in front of the high-pressure/low temperature chamber that simulates wellhead conditions in the laboratory at TUHH in Hamburg. Malone won the Admiral James Watkins Award for Excellence in Research for Outstanding Student Poster at the 2014 Gulf of Mexico Oil Spill and Ecosystem Science Conference. (Photo by S. Gilbert)

In the opening of this podcast, USF chemical oceanographer David Hollander explains a universal problem of oil drilling: “The technology for cleanup lags behind the technology for exploration.” He goes on to say that the use of decades old dispersant technology to combat an oil spill may not be the best solution. A new answer may lie in oil-eating bacteria that occur naturally in marine settings. Hollander and TUHH microbiologist Rudi Müller use smaller pressure chambers in the Hamburg lab to investigate the interactions of certain bacterial species with oil on the seafloor. While some bacteria can effectively consume oil in certain circumstances, little is really known about the amount of oil they process or the speed in which they work under high pressure conditions.

Hollander hopes that by getting a more precise understanding of the role that oil-consuming bacteria play naturally, scientists could potentially use them to revolutionize oil spill response.

This research was made possible in part by a grant from BP/The Gulf of Mexico Research Initiative (GoMRI) to the Center for Integrated Modeling and Analysis of Gulf Ecosystems (C-IMAGE).  The GoMRI is a 10-year independent research program established to study the effect, and the potential associated impact, of hydrocarbon releases on the environment and public health, as well as to develop improved spill mitigation, oil detection, characterization and remediation technologies.  An independent and academic 20-member Research Board makes the funding and research direction decisions to ensure the intellectual quality, effectiveness and academic independence of the GoMRI research.  All research data, findings and publications will be made publicly available.  The program was established through a $500 million financial commitment from BP.  For more information, visit https://gulfresearchinitiative.org/.