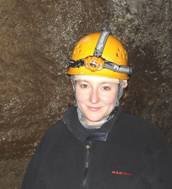 Soon after the Deepwater Horizon drilling rig exploded on April 20, 2010, in the Gulf of Mexico, Annette Engel, associate professor in earth and planetary sciences at the University of Tennessee, Knoxville, grabbed all the lab materials she could spare and headed down to the Louisiana coast.

(From the University of Tennessee at Knoxville) — Engel and dozens of scientists from across the country pooled their resources to conduct research they knew would be needed once the oil began spilling into the Gulf— to determine what the coastal ecosystems were like before the inevitable spill. It took almost three months for the well to be capped.

Now, Engel and her fellow researchers, led by the Louisiana Universities Marine Consortium (LUMCON), will be able to finish what they started with a three-year $12 million grant to study the effects of the spill on coastal ecosystems. The award is from the Gulf of Mexico Research Initiative (GoMRI), an independent research program and board established by British Petroleum, the White House and the governors of the five Gulf Coastal states.

Traveling along the coast by boat and by foot—taking samples of water, sediment, grasses, oysters, fish and insects—the team of researchers are evaluating the changes in the quality and quantity of oil, how the oil altered aquatic sediment and wetland soil stability, and the impacts that environmental stressors like oil have had on the coastal ecosystems and commercial fisheries.

“Our examination starts at the microbial level,” said Engel. “Microbes can efficiently break down different compounds in oil by consuming oxygen. But removal of oxygen from already low-oxygen environments like wetland soil can create stress for grass roots, for example. If the marsh grass dies, insects disappear, and birds do not come around. Grass die-off can also lead to lower soil strength and marsh shoreline erosion. So, you have these cascading stress effects, all because oil was introduced into the ecosystem.”

Engel’s results of the effects of the spill on changing the diversity and distribution of microbial communities will be integrated into large-scale ecosystem models to illuminate what will be the long-term consequences of the Deepwater Horizon explosion and the spill in the Gulf. They also will be used to enable appropriate responses should there be future releases, not only in the Gulf of Mexico, but in other ocean environments where oil and gas exploration occurs. The project can assist local, state, and federal agencies in their work to remediate the consequences of the oil spill in coastal and marine environments.

GoMRI has committed $500 million over a 10-year period to fund research into the effects of the accident. Engel and the LUMCON team are one of eight consortia that will investigate the effects of petroleum in the environment, the impacts of the spill and the development of new tools and technology for responding to future spills and improving mitigation and restoration.