Scientists studying the fate of oil from the Deepwater Horizon incident published their findings in the November 2012 edition of Public Library of Science (PLoS ONE):  Dispersants as used in response to the MC252-spill lead to higher mobility of polycyclic aromatic hydrocarbons in oil-contaminated Gulf of Mexico sand.

Researchers concluded that the addition of dispersants can increase the movement of polycyclic aromatic hydrocarbons (PAHs) in saturated (wet) permeable sediments of up to two orders of magnitude.

Researchers collected samples of water, sediment, and sand from Santa Rosa Island, Florida. They conducted laboratory experiments using sand-filled columns of various lengths ranging from 10 to 50 cm, and they conducted in-situ chamber experiments in the Gulf to link laboratory results to the natural environment. The column experiments showed that PAHs can move from the water column into sands, and that the addition of dispersants to the water percolating the sand determines the penetration depth of the PAHs. The in-situ chamber tests confirmed laboratory findings for natural settings.  From the results of these two experiments, researchers concluded that the presence of dispersants allow oil components to permeate faster and deeper into sands. 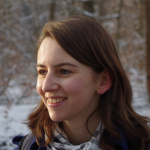 This research was made possible in part by a Grant from BP/The Gulf of Mexico Research Initiative (GoMRI) through the Florida Institute of Oceanography and the Deepsea to Coast Connectivity in the Eastern Gulf of Mexico (DEEP-C) Consortium. Other funding sources included the National Science Foundation OCE-1044939 and OCE-1057417.