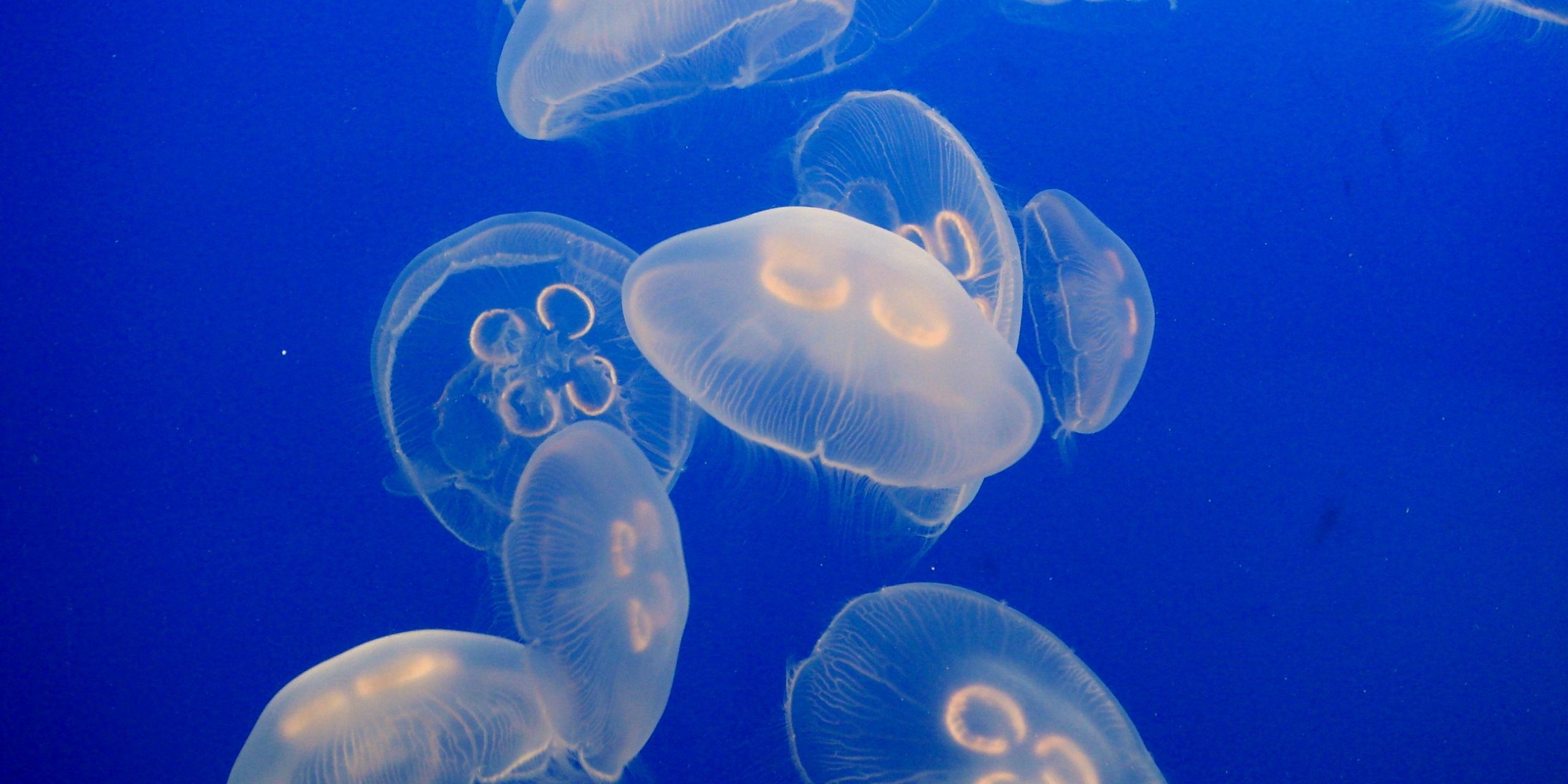 A team of scientists from the University of Texas Marine Science Institute, including students from California and China, assessed the effects of crude oil exposure on adult and larval gelatinous zooplankton species – some commonly referred to as jellyfish.

The researchers found that some adult species, in particular those from coastal areas, had a higher tolerance to the crude oil toxins while others did not; and all larval species were more sensitive than the adults.

Some of the most toxic polycyclic aromatic hydrocarbons (PAHs) bioaccumulated in these zooplankton, indicating that they can serve as sentinels for crude oil pollution after a spill; but as such, they provide a possible pathway for PAHs to enter the marine food web and potentially be transferred up the food web and contaminate apex predators.

The team published their results in the October 2013 issue of Public Library of Science (PLOS:One): Effects of crude oil exposure on bioaccumulation of polycyclic aromatic hydrocarbons and survival of adult and larval stages of gelatinous zooplankton.

These planktonic animals with complex life cycles are considered to be the least understood of all zooplankton groups even though they live in nearly all marine habitats. In just the past few decades, scientists recognized that these tiny creatures are key components of marine food webs because they are major consumers of small zooplankton (e.g. copepods) and, in turn, they serve as food for top predators such as tuna and sea turtles.

There is also a lack of understanding on the effects of crude oil – one of the most common pollutants in the marine environment – on gelatinous zooplankton. These delicate, translucent bodies are particularly susceptible to oil pollution because they can go only where the currents take them. As they float through oiled areas, where numerous small crude oil droplets generated by wind and waves and or by treatment with dispersants are effectively suspended in the water column, these animals can interact and ingest these droplets or oil contaminated prey (e.g. copepods). Given the key role of zooplankton in marine food webs, knowledge of the interactions between crude oil and zooplankton is, therefore, crucial for our understanding of the fate of crude oil in the pelagic zone and the impact of oil spills in marine environments.

For this study, the team used adult and larvae isolated form zooplankton samples collected from different locations in Northern Gulf waters from May-July 2012. Using Light Louisiana Sweet crude oil, they conducted exposure experiments and measured bioaccumulation levels.  Exposing the animals to increased amounts of oil over six days, researchers observed “important differences in the sensitivity to crude oil among the tested species and life stages of gelatinous zooplankton.” Adult species of the scyphozoan Pelagia noctiluca (widely distributed in warm, temperate off shore waters) were “highly sensitive to crude oil” while another scyphozoan Aurelia aurita and the ctenophore Mnemiopsis leidyi (typically distributed in coastal and estuarine environments) were more tolerant to crude oil toxins. The differences were stark:  crude oil concentrations equal to or more than 20 microliters per liter caused 100% mortality of P. noctiluca after 16 hours of oil exposure while it took six days for the other species to show sub-lethal effects at the same or higher concentrations of oil. Larval stages of gelatinous zooplankton were much more sensitive to crude oil exposure than adult stages, with ephyra larvae of Aurelia aurita being the most negatively affected.  These results confirm that the adult scyphozoan A. aurita and ctenophore M. leidyi are highly tolerant to crude oil pollution compared to other zooplankton, which may partially explain their enhanced capacity to inhabit and increase their abundance in polluted coastal habitats.

Researchers observed differences in PAH accumulation levels between the scyphozoan Aurelia aurita and ctenophore Mnemiopsis leidyi; however, for both species, they observed “a selective bioaccumulation of petroleum hydrocarbons,” specifically those with “high molecular weight, which are considered more toxic than the low molecular weight PAHs.” And because gelatinous zooplankton seem to have less capability to depurate themselves of petroleum toxins than do crustacean zooplankton or fish, this implies that “PAHs may reside in the tissues of gelatinous zooplankton for longer [periods of time], thus increasing the possibility of these toxic compounds to be transferred up the food web.”

The team stated that more studies are required to understand the effects of oil exposure on the entire planktonic community and that this work is an important step in understanding the potential long term effects on the marine food web. However, they call for more specific studies that focus on plankton in the Gulf because it is a “spawning area for many species of migrant pelagic fish and sea turtles” and that “any negative impact of an oil spill mediated by gelatinous zooplankton in the Gulf of Mexico would affect the global populations of these important species.”

This research was made possible in part by a grant from BP/The Gulf of Mexico Research Initiative (GoMRI) to the Dispersion Research on Oil: Physics and Plankton Studies (DROPPS) consortium.  Other funding sources included the National Oceanic and Atmospheric Administration NA07-NOS4780225 and the National Science Foundation OCE- 1062745.