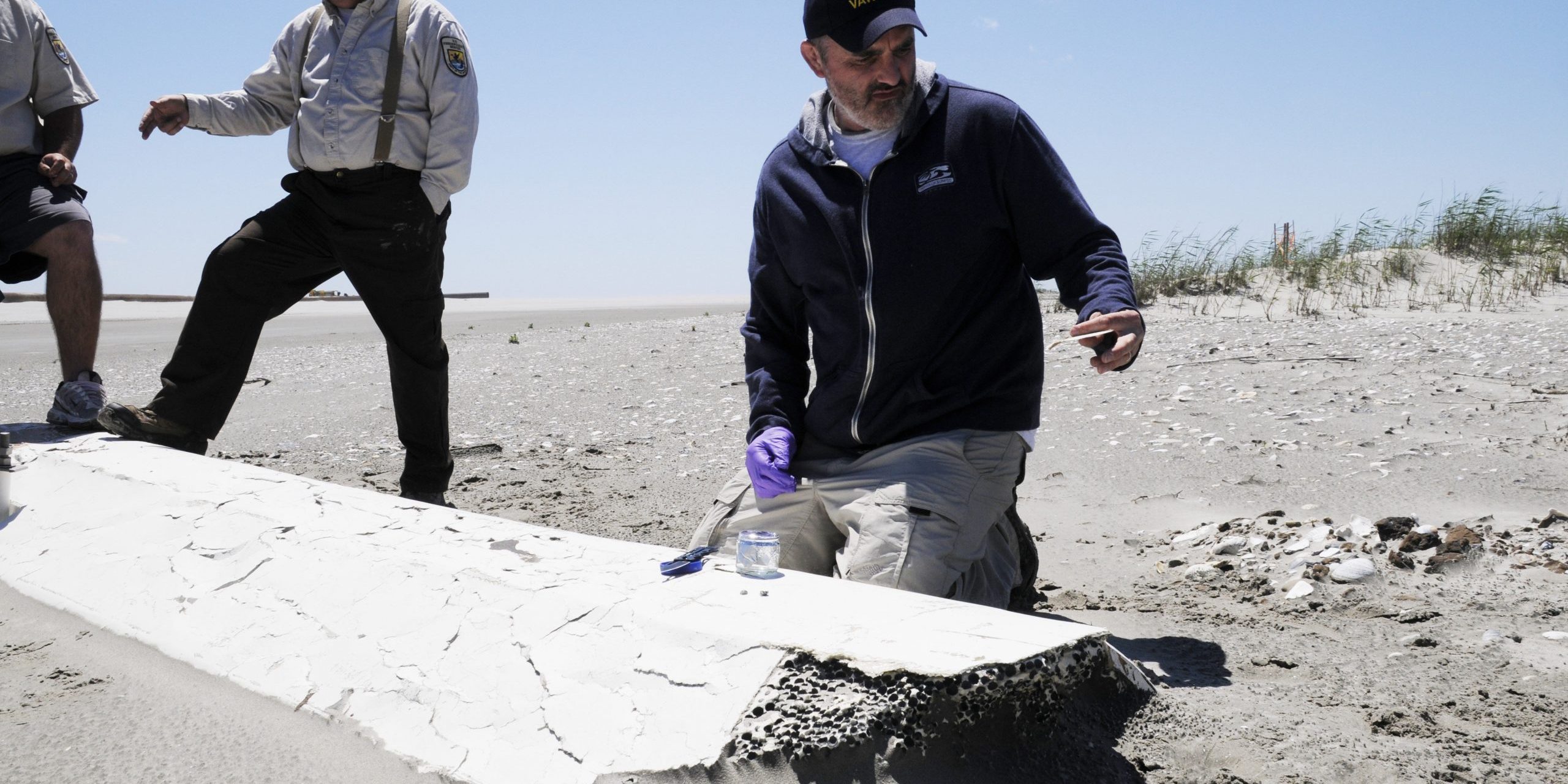 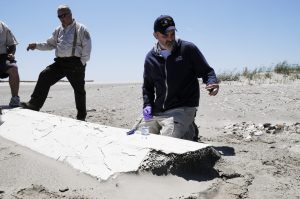 (Click to enlarge) April 6, 2011, Dr. Chris Reddy collects an oil sample found on a large piece of debris that washed ashore on the Chandeleur Islands, LA following the spill. The Chandeleur Islands are a chain of barrier islands off the coast of Louisiana in the Gulf of Mexico and are a part of the Breton National Wildlife Refuge. (Photo credit: Catherine Carmichael)

The authors identify a compound of oxygen combined with oil hydrocarbons (oxyhydrocarbons) which make up a significant amount of the chemical composition of weathered oil. This finding expands the analytical window, or the range of compounds, that scientists can study in determining the fate and effect of petroleum hydrocarbons after an oil spill. For eighteen months after the oil spill, researchers studied the effect of weathering on oiled samples taken from surface waters, sand patties, and rocks and boulders. Over time, scientists found that the oxygen content increased in their weathered samples that contained hydrocarbon residues and, more specifically, there was an increase in weathering-dependent oxygen. Their results show that this transformation product of oxyhydrocarbons can be a significant mass of weathered oil and should be considered in assessments of weathering stages and in toxicity studies.