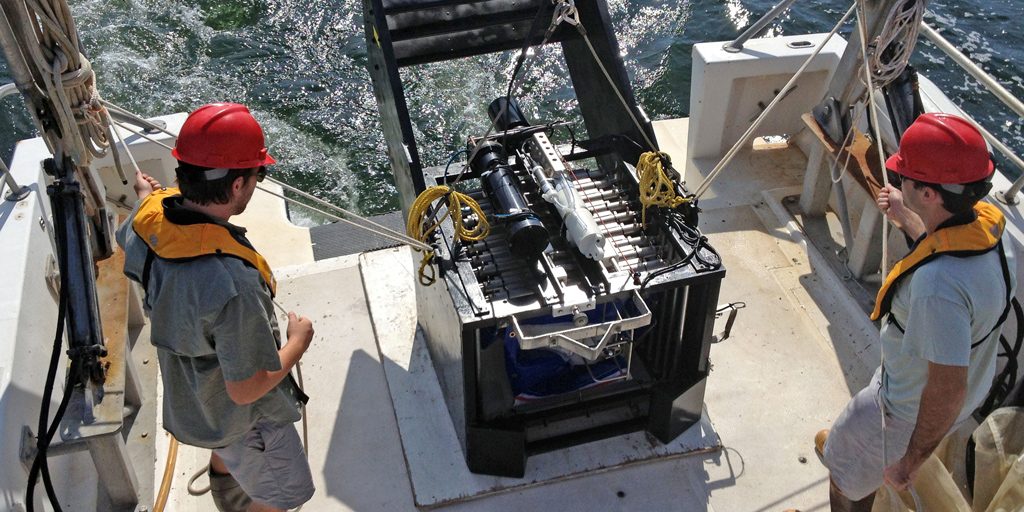 Scientists from the University of Southern Mississippi and Sultan Qaboos University assessed community responses to the Deepwater Horizon oil spill using data from a long-term plankton survey off the Alabama coast.

Mesozooplankton are a crucial component of the marine food web and understanding their response to oiling is important to understand and predict ecosystem resiliency. Earlier research documented that zooplankton bio-accumulate oil and dispersant compounds and that carbon released as methane entered the planktonic food web (Graham, et al., 2010;  Chanton, et.al., 2012; Almeda, et.al., 2013). Scientists in this study quantitatively analyzed plankton samples collected during May-August 2005 to 2010 from two sites located 20 and 30 kilometers south of Dauphin Island.

The density of many zooplankton taxa rose above historical trends during the period when the most oiling was observed on the Alabama shelf. For example, scientists observed significant density increases at the offshore site in June 2010 for ostracods (seed shrimp), cladocera (small crustaceans), bivalve larvae, and cyclopoid copepods. Wind conditions, atmospheric pressure, river discharge, water temperature, and salinity concentrations at these sites during the oil spill year generally resembled those of previous years.

The researchers noted that although the recovery in assemblage structure was relatively rapid, changes may have affected other components of shallow pelagic ecosystem such as taxon-specific feeding preferences of fish larvae. Improved knowledge about indirect effects of planktonic changes could contribute to better understanding of potential long-term spill impacts on fisheries and the Gulf ecosystem.

This research was made possible in part by a grant from the Gulf of Mexico Research Initiative (GoMRI) to the Alabama Marine Environmental Science Consortium, the Northern Gulf Institute, and the project Resolving Deepwater Horizon Impacts on Highly Variable Ichthyoplankton and Zooplankton Dynamics in the Northern Gulf of Mexico. Other funders included the Alabama Department of Conservation and Natural Resources.