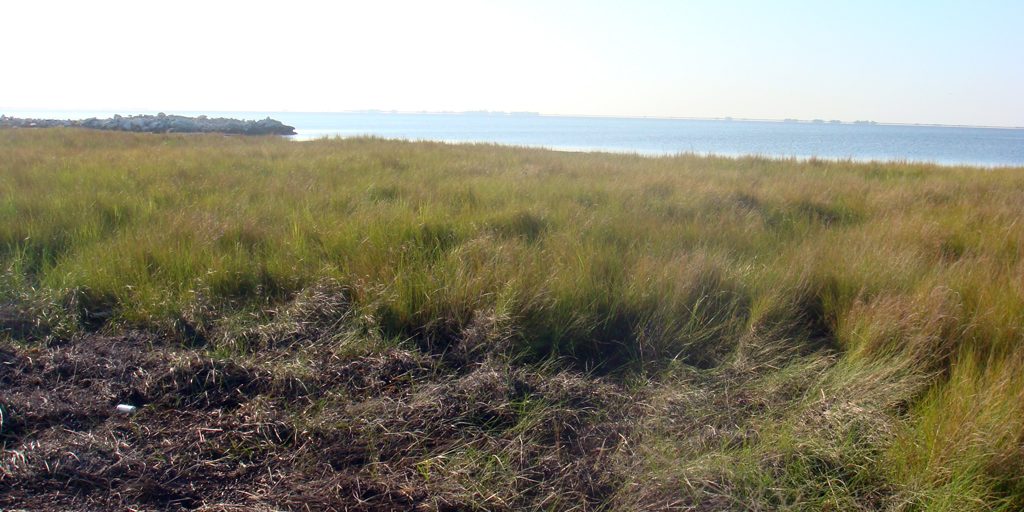 Researchers have known that pollutant exposure alters the ability of ecological systems to degrade those pollutants upon encountering them again.

Troy University scientists have shown that this principle holds true for Gulf coast salt marsh sediments exposed to benzene; however, the type of alteration can change. Depending upon conditions, degradation may increase up to a point or it may reach is maximum ability more quickly. They published their findings in the March 2012 issue of Ecological Engineering: Anaerobic biodegradation of benzene in salt marsh sediment of the Louisiana Gulf coast.

Of all the compounds released by the 2010 BP oil spill, benzene is one of the most toxic: it is carcinogenic, soluble, mobile and, notoriously resistant to microbial degradation—the main mechanism for removing petroleum hydrocarbons from wetland sediments. Such hydrocarbons are more susceptible to aerobic than to anaerobic biodegradation. But since oil can deeply penetrate soft wetland sediments, anaerobic degradation can be crucial for determining how long compounds such as benzene persist in the environment.

The researchers obtained sediment samples from a salt marsh on the Louisiana Gulf coast in May 2011 (one year after the BP oil spill), added artificial ocean water to form slurries, and flushed 12 bottles of slurry with nitrogen to create oxygen-free environments. In the study’s first phase, the team calculated the sediment’s original benzene biodegradation rate by adding different doses of benzene (50, 100 and 200 microliters) to three bottles each, using another three bottles as controls. All the slurry bottles were incubated in the dark at room temperature. After determining the benzene biodegradation rates (by measuring the benzene concentrations in the bottles weekly for four weeks), the researchers calculated it would take 11 weeks for one square meter of salt marsh to degrade one liter of benzene.

Then the team’s next phase of the study was to find out if a second exposure to benzene stimulated the sediment’s benzene biodegradation capacity.  They injected the same amount of benzene (100 microliters) into all the phase-one bottles, which were incubated once more under anaerobic conditions, and measured Benzene concentrations weekly for four weeks to find the degradation rate.

The sediment’s benzene exposures in phase one modestly stimulated its degradation capacity after more benzene was added in phase two of the study. The one exception involved the sediment receiving the highest benzene exposure in phase one: the rate at which it degraded the added benzene was significantly higher than in sediments pre-exposed to the least amount of benzene or no benzene. The authors explained that the limited boost in benzene degradation rate was likely affected by the historical petroleum exposure in coastal salt marsh sediments with more than 1,000 natural oil seepage sites reported in the Gulf of Mexico: “Even exposures to higher levels of benzene due to petroleum contamination, as in the case of the BP oil spill of 2010, can only stimulate limited increase in the degradation rate.”

The team explained that the limiting factor for benzene’s degradation rate is not its concentration in earlier exposures but rather the microbial population spawned by those previous exposures. “Historical exposures due to natural seepage or other sources provide opportunities for microbial communities to develop that degrade benzene,” explained the study’s senior author, Kewei Yu. “But the microbial population responsible for degrading benzene in this sediment probably didn’t change much during the BP oil spill nor as a result of the benzene we added to it in this study.”

In their discussions, the authors suggest that future studies on petroleum hydrocarbons degradation should “focus on strategies for effectively implementing bioremediation techniques in actual field settings,” and that “microbial community structures and environmental conditions must be integrated together to propose any feasible remediation techniques” for restoring ecological services of Gulf wetlands.

The authors also published a study in the May 2013 issue of Wetlands looking at the effectiveness of adding nitrate to increase benzene degradation in marsh sediment. They found “little or minimal stimulation” and, because of nitrate’s increase of harmful algal blooms and contribution to Gulf dead zone, they do not recommend its use. The researchers suggest that future studies on microbial augmentation (adding degradation bacteria) should continue, including the combination of phosphorus with nitrate as a potential approach.

This research was made possible in part by a Grant from BP/The Gulf of Mexico Research Initiative (GoMRI) to the Marine Environmental Science Consortium. The GoMRI is a 10-year independent research program established to study the effect, and the potential associated impact, of hydrocarbon releases on the environment and public health, as well as to develop improved spill mitigation, oil detection, characterization and remediation technologies.  An independent and academic 20-member Research Board makes the funding and research direction decisions to ensure the intellectual quality, effectiveness and academic independence of the GoMRI research.  All research data, findings and publications will be made publicly available.  The program was established through a $500 million financial commitment from BP.  For more information, visit https://gulfresearchinitiative.org/.