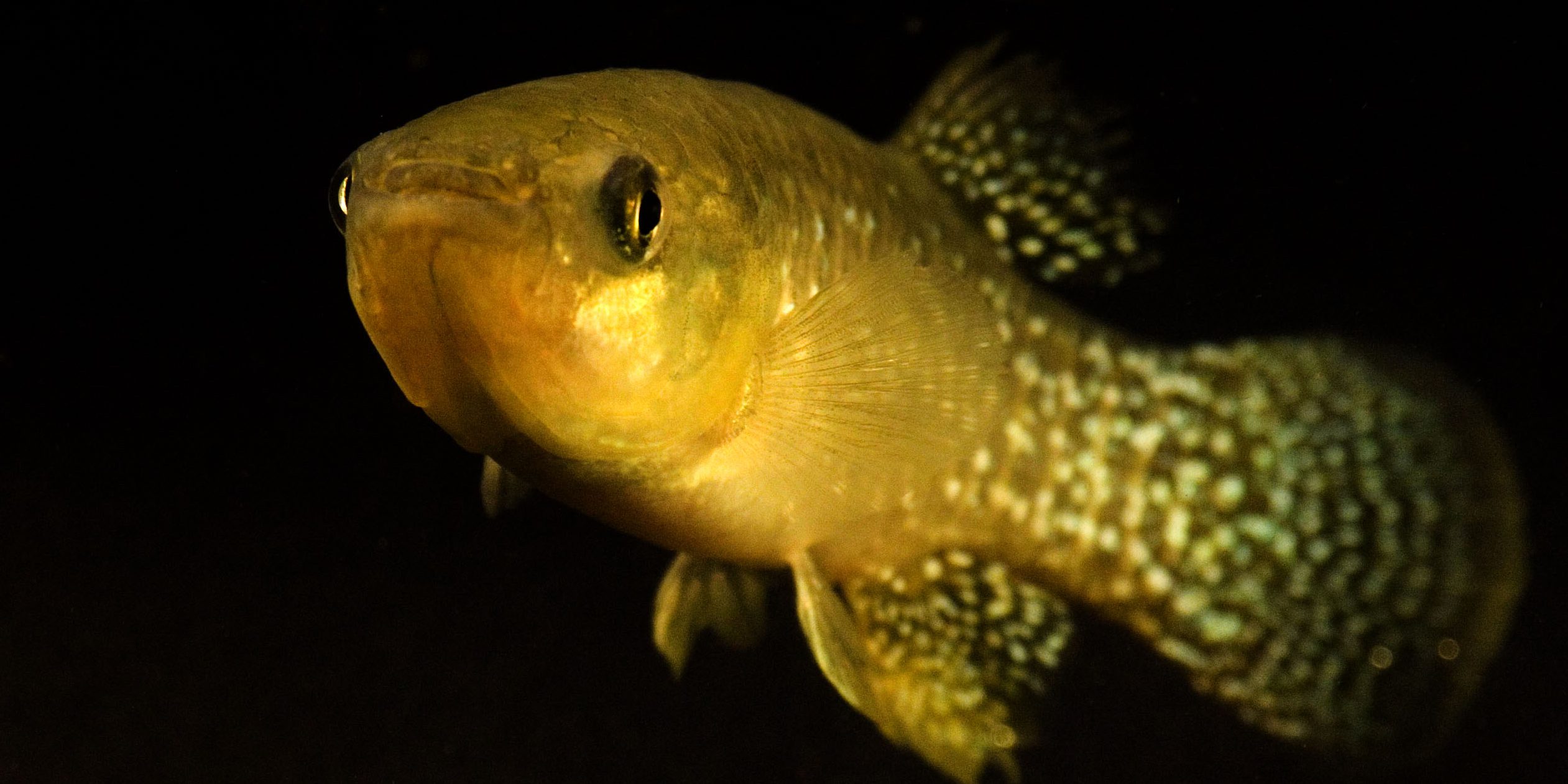 A team of researchers from Texas, Florida, and California successfully quantified the gene expression of wild Fundulus grandis, commonly known as Gulf killifish, from the northern Gulf of Mexico in assessing exposure to toxicants from the 2010 oil spill.

In this study, the scientists show that RNA sequencing techniques can be used on a wild killifish population that served as a resident sentinel for detecting environmental stress. They found that the killifish genomic response to contaminating oil proved to be complex, implicating a wide range of cellular activity including the immune system and protein synthesis. They published their findings in the September 2012 edition of BMC Genomics: RNA-Seq reveals complex genetic response to Deepwater Horizon oil release in Fundulus grandis.

Scientists have used Fundulus heteroclitus, an established model species for environmental toxicology studies, to investigate the genetic and genomic response to pollutants at Superfund sites across the northeastern US. The team used this body of existing scientific work to inform their gene expression research using the sister species F. grandis that is regionally abundant in the Gulf of Mexico. For the study, scientists collected representative samples of killifish from oiled and non-oiled estuary sites across the northern Gulf and used high throughput sequencing technologies to assess genomic changes.

They used RNA sequencing (RNA-seq) to identify which genes were altered in their expression level in response to environmental stress. Genes in the genome are regulated, or expressed, to synthesize the proteins that do the work within cells.  This study measures transcript abundance for each gene, and transcripts carry the “on-off” message from genes to the machinery that makes proteins.  Gene regulation can be altered in response to changes in the environment, such as upon exposure to toxicants including oil.

The researchers identified 1,070 down-regulated and 1,251 up-regulated genes. Among genes that were up-regulated in the oil-exposed killifish, several were aryl-hydrocarbon receptor (AHR) pathway genes. AHR pathway genes have a well-documented response following exposure to petroleum hydrocarbons, in which “activation of this pathway is diagnostic of exposure to this class of pollutant.” The team also found several up-regulated gene sets indicating an immune response. Down-regulated genes from oil-exposed killifish included a wide range of ribosomal proteins which may indicate reduced protein synthesis, and several choriogenin genes which could indicate altered estrogen signaling.

In addition to the RNA-seq method, the team employed a microarray analysis to compare their results. While the findings correlated well for both methods, the RNA-seq results revealed a wider “dynamic range of expression levels” than the microarray set. Researchers felt this may “indicate a greater sensitivity in the RNA-seq based methodology” which is consistent with comparisons between the two techniques in earlier studies.

The scientists concluded that the oil exposed wild Gulf killifish populations showed “broad and complex molecular genomic responses” to the exposure as compared to non-exposed wild populations. They found “the fish from estuaries with oil in the water exhibited mRNA expression patterns consistent with exposure to the toxic components of oil.” They also demonstrated that the RNA-seq method could provide useful analysis on wild populations “that have significant genetic variability between and within populations and which lack prior EST or genome sequence data.”

In their discussions, researchers suggest that “with improvements in assembly techniques, digital gene expression results are likely to improve and become increasingly valuable tools” for assessing the health status of organisms in nature.

This research was supported by Texas State University, the National Science Foundation grant DEB-1048208 to DLC, and the National Institutes of Health, National Center for Research Resources grant R24-RR024790 to RBW. This work was also supported in part by a National Science Foundation grant DEB-1048206 and a grant from BP/The Gulf of Mexico Research Initiative (GoMRI) to AW at Louisiana State University.The GoMRI is a 10-year independent research program established to study the effect, and the potential associated impact, of hydrocarbon releases on the environment and public health, as well as to develop improved spill mitigation, oil detection, characterization and remediation technologies.  An independent and academic 20-member Research Board makes the funding and research direction decisions to ensure the intellectual quality, effectiveness and academic independence of the GoMRI research.  All research data, findings and publications will be made publicly available.  The program was established through a $500 million financial commitment from BP.  For more information, visit https://gulfresearchinitiative.org/.