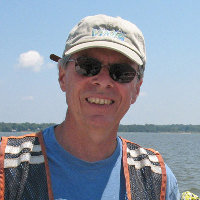 A Virginia Institute of Marine Science professor is among a nationwide team of scientists that received $12 million to study how the Gulf of Mexico oil spill has affected marine life.

(From the Daily Press) — Professor Robert J. Diaz will use his share of the money — $190,000 — to set a pair of time-lapse seafloor cameras along marsh areas of the Louisiana shoreline, according to statement from VIMS.

One camera will be placed in spot where oil reached the shore, the other will be deployed in an oil-free area. The cameras will allow Diaz to monitor and compare the abundance and diversity of clams, worms and other bottom-dwelling organisms.

Like the Chesapeake Bay, marsh areas in the gulf are important habitat for fisheries and shorebirds.

“A big concern is that bottom-dwelling organisms may be ingesting the oil in the sediments and passing it up the food chain to shrimp and fishes,” Diaz said in the statement.

The $12 million is part of the Gulf of Mexico Research Initiative, a 10-year, $500 million project funded by oil giant BP as part of its response to help clean up the oil spill and assess the damage it caused.