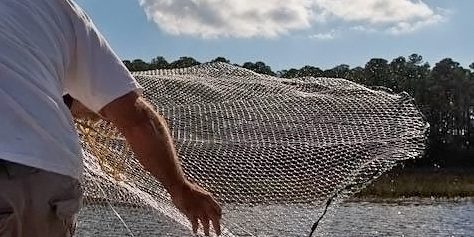 Scientists measured radiocarbon levels in coastal invertebrates and fishes (such as oysters and catfish) to evaluate impacts from the 2010 oil spill on Gulf of Mexico food webs.

The researchers observed significantly lower radiocarbon (C14) values, the depletion of which is used as an indicator of carbon from petroleum reservoirs, in species collected from heavily oil-contaminated waters relative to species from waters that had little or no oil contamination. These findings suggest that hydrocarbons consistent with a Deepwater Horizon point source may have entered the coastal food web to a limited extent. They published their findings in Deep Sea Research Part II: Topical Studies in Oceanography: Tracing the intrusion of fossil carbon into coastal Louisiana macrofauna using natural 14C and 13C abundances.

Previous studies using C14 tracers have suggested that petroleum-derived carbon found in deep sea environments entered the planktonic food web (Chanton, et. al., 2012; Cherrier, et. al., 2013; and Chanton, et. al., 2015). Scientists from Florida State University and Florida A&M University extended this approach to coastal organisms higher up in the food chain. The team collected samples from July 2010 to May 2011 at seven sites from Terrebonne, Louisiana to Apalachicola Bay, Florida and analyzed the abundance of different carbon types in their tissues and shell materials.

The researchers explained that comparing results from a range of sites that included freshwater inputs provided a mechanism to parse the contribution of older riverine-sourced carbon (assimilated into shells) from a more recent petroleum-derived carbon source (assimilated into tissues). They observed that at all study sites, C14 levels in invertebrate tissues were consistently significantly lower relative to their shells, following a west-to-east gradient along the coast with the greatest depletion at the western-most site.

The team acknowledged that the possibility for radiocarbon depletion due to marsh degradation, chronic natural seeps, or chronic leaks from existing oil operations could not be dismissed. They recommended further studies to more accurately determine the source of C14 depletion in the coastal food web.

This research was made possible in part by a grant from the Gulf of Mexico Research Initiative (GoMRI) to the Ecosystem Impacts of Oil and Gas Inputs to the Gulf (ECOGIG) consortium, the Deepsea to Coast Connectivity in the Eastern Gulf of Mexico (Deep-C) consortium, and the Northern Gulf Institute (NGI).